ERA 4 TO END IN APPROX 1 MONTH

Important news can be found here regarding the game

I just sold for 14xp/turn, now I'm just going to wait until later in the era. If anyone is still active by then maybe I'll slay, or maybe I'll just quit the game for good. Near a thousand slays a day is not sustainable, I should get paid for that kind of effort.
Top

i hope all these slayers realize there is no skill in what they are doing. attacking without looking for better gold, people will larger tff than themselves, not caring about the game itself, just using turns knowing there is an endless supply. maybe next era people will have to play with some skill again.
Top

The amount of turns was never tested in the speed round although it was there to be tested. We can see the issue and will rectify it once we restart Era 5.

There will be no speed round inbetween, we have fixed the repair issues, a couple more things I want looked at and then a reset date will be announced.

@bloodpirate is right when he says there is no skill to this era, with the abundance of turns the only skill required is making sure you have enough exp to trade for turns, and have the time to slay the battlefield. 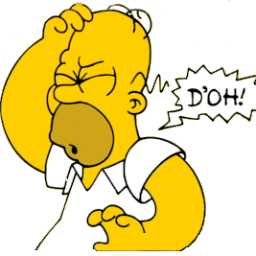 Is the statistics page will be fully working in era 5 ?
It would be nice to complete it before next era.

Definitly need to make turns cost more no secret there.

Not sure, trading for soldiers is not worth it, maybe some adjustment there as well.

Not a fan of too short era, it should be 3-4 months at least, if shorter it would be best to know it right from the start.


In general I like those additions to the game, good job !
Top

No skills in slaying (some may say) it got SR at number 2 so far other than BF policies on low hits under 30 minutes are pretty much dead, play it out rather than having a long speed run with new bugs next Era.

Let's have some fun for a change?
Top

I think the turn/xp changes I suggested will be the sweet spot, 4xp for 1 turn, 2 turns for 1 xp when you use the turns, and max 10xp/turn (the higher upgrade levels cost too much, it encourages several weeks of infinite slaying just to get the top xp/turn upgrade). We'd get about 58 slays a day when we have top xp/turn upgrade and top tech and econ. 1 xp for 1 soldier is also fitting, but a high cost of lets say 10k xp or 20k xp for 10k soldiers or 20k soldiers respectively. Then with 5-6k soldiers from clicking, and econ upgrades basically as they are, then there are several viable strategies and combinations of them.

For conquesting, I think there should be a DA-centric form of conquests, so you can bank DA at the start instead of SA, and still get conquest levels. At the start of the era, without insane soldier count due to clicking officers, its just no way to compete in DA because SA-strategies get the conquest xp.
If we had this then the next era will be very diversified, with many chasing DA and many chasing SA.

The Safe upgrades are a bit out of whack, by the way. In the early part of the era the income is very low, so currently the safe is useless as a component of banking strategies. Because it costs too much for the first few levels of safe upgrades relative to econ upgrades. Meanwhile slaying strategies get to spend that xp to maintain SA that can hit the bankers. So I think the first few safe levels up to like 25% should cost more like 4k xp, 6k xp, 8k xp, 10k xp. Then the cost could be more like 14k xp, 18k xp, 22k xp, 26k xp (now at 45% safe level). Then 32k xp for 50% safe level, 38k for 55%, 44k for 60% etc. Then the safe upgrades would be a real viable component in income banking strategies.

PS: We can always unlock the higher xp/turn upgrades in the mid portion of the era when people already have stuff to sell for that upgrade.
Top

Just noticed that turn trades have changed, now each slay costs about 53xp, that means with the 2turn/minute we get and 10xp/turn, we can slay about 366 times per day. With 20xp/turn its about 638 slays per day...

Hands up if you won't be burnt out of this game by the time this era ends.
Top

hands up if changes during an era should be posted?
Top

King_Caulk wrote: ↑
2 years ago
Just noticed that turn trades have changed, now each slay costs about 53xp, that means with the 2turn/minute we get and 10xp/turn, we can slay about 366 times per day. With 20xp/turn its about 638 slays per day...

Hands up if you won't be burnt out of this game by the time this era ends.

The RMFz
Player
Posts: 59
Joined: 3 years ago
Has thanked: 2 times
Been thanked: 12 times

So let me get this straight - people who converted XP to turns for the last two weeks are now in a significantly better position versus people who thought they will do it later in the age.